As the domestic motorcycle market continues to heat up, cruise models in these two years also gradually rich up, in addition to some small manufacturers, domestic traditional factory Qianjiang also launched a small and medium displacement flash 300, flash 500; On the heels of these two models, Qianjiang has a new 700cc cruise to launch.

Qianjiang's new 700CC cruise model was exposed at the end of last year, but the official only disclosed a simple manuscript before this march, this large displacement cruise model and some new progress, the final design was exposed.

The renderings on display show two versions of qianjiang's new car, a tourist model with a fairing and trunk, and a conventional design that bears some resemblance to the existing Flash 500, though qianjiang has added a headshade to the slightly larger 700. 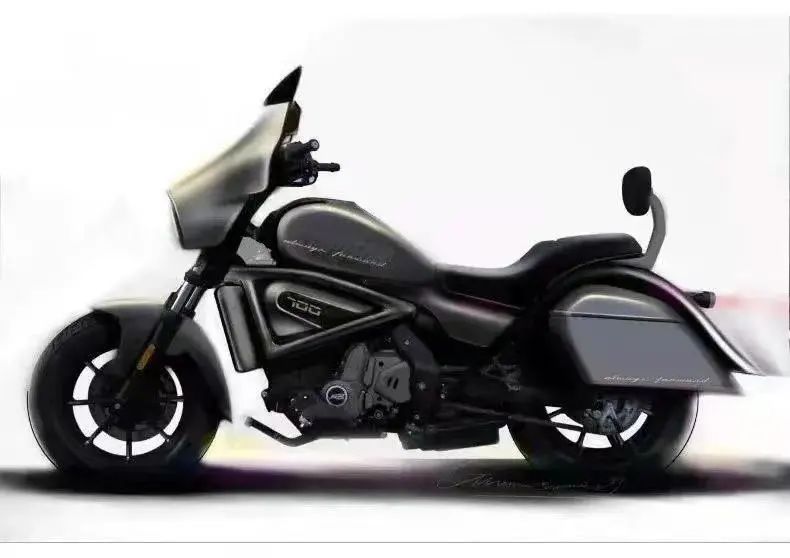 Although it comes in two different versions, the new 700 Cruise has a similar engine profile to the original Chase 700 and is expected to be powered by a 693cc in-line twin.

The engine delivers 68.2N•m/6250rpm of torque and 56.0kW/8750rpm of maximum power, which is slightly more than the current kawasaki vulcan, and it will be interesting to see if qianjiang will make further adjustments to the engine

According to the current speed of qianjiang's new car, this new 700 cruise is expected to be unveiled at the next Chongqing Auto Show at the soonest, and the specific configuration of the new car will be followed by you.

After The cancellation of Harley 750, the 700cc cruise models sold by major manufacturers at home and abroad are only kawasaki Vulcan with slightly smaller displacement. However, its 78,000 starting price is relatively high, and many car owners can only hope to sigh.

Since Qianjiang opened this market with the launch of the Flash 300, it is obvious that it sees the potential in the cruise field, and after further cooperation with Harley, it also wants to further cultivate in this market.

For our car friends, what we can look forward to is that Qian Jiang in this 700 cruise, the follow-up will launch some Harley technology supported by the V-cylinder male upgrade cruise new car.